"Let's send them a message."

You know that real-world drama is found in primetime soap operas vs. mainstream media.  And... you can't help but see the high drama of 911 sprinkled inside the plot of Revenge. 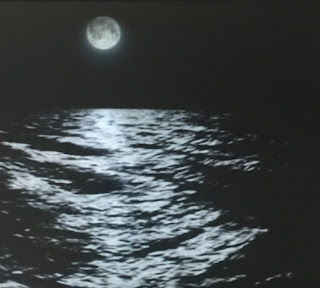 Revenge is an American television soap opera/drama series, created by Mike Kelley and starring Madeleine Stowe and Emily VanCamp, which debuted on September 21, 2011 (9-11) on ABC. It is loosely based on the novel The Count of Monte Cristo in terms of plot. During its first season it aired on Wednesdays at 10:00 pm (Eastern), and later airing on Sundays at 9:00 pm for seasons 2 through 4.

The series was picked up for a full season by the ABC network television after garnering a 3.3 Nielsen rating in the 18–49 age advertising demographics for its pilot episode and regularly winning its timeslot against every other television network (CBS, Fox, The CW, and NBC) in 18–34 demos. Madeleine Stowe was nominated for the 2012 Golden Globe Award for Outstanding Lead Actress in a TV Drama, while the series was nominated for Favorite New TV Drama at the 2012 People's Choice Awards. Revenge has become ABC's highest-rated series in Wednesday’s 10 p.m. timeslot since Lost's 2006–2007 season and has become the only new series in more than four years to replicate the 18–49 demo ratings success that Lost had in its timeslot since leaving the air. - Wikipedia

The MPP:  Money, Power, and Politics.

"For the truly wronged real satisfaction can only be found in one of two places absolute forgiveness or mortal vindication."  If you've watched Revenge Primetime Drama, then you've realized this is a cautionary tale.  The real melodrama is in our mainstream media. The irony is that those high ratings created a critical mass of people who choose to move forward with absolute forgiveness instead of more high drama in our real-world affairs.
- 3rd Dog