I met Mark Boal, the screenwriter, and producer of “The Hurt Locker,” the day the Academy of Motion Picture Arts and Sciences determined that he would be one of four producers to receive a statuette should the movie win the best picture on March 7. (Check out our full profile of Boal and the film in the Journal’s Oscar issue on March 5.) The film is certainly one of the best movies of the year, with nine Oscar nominations, tied with James Cameron’s “Avatar.” The white-knuckle action thriller is the story of members of a bomb squad battling Iraqi insurgents and each other during some of the most dangerous days of the war in 2004.

Boal, who is Jewish, joked that the Journal story “is the single interview that will make my mother the happiest.” He didn’t tell his mother where he was going, however, when he became the first reporter ever embedded with the Army’s Explosive Ordnance Disposal unit (a.k.a., the bomb squad) while working for Playboy in 2004.

There was more to worry about than being blown to bits by homemade devices cleverly hidden in a dead dog or a pile of detritus: “When I got off the plane, [officials] asked me my blood type and my religious affiliation,” the 37-year-old writer-producer said. “When I asked why, they said, ‘In case we have a funeral for you.’ And then they said, ‘Since you’re Jewish, you should keep that under your hat because they behead Jews over here.’ And Daniel Pearl had just gone missing.”

So Boal didn’t advertise his Jewish background (in a “leftie, counterculture-y, sandals-wearing, granola-crunching” home in Greenwich Village) as he trekked about with the expert technicians who sometimes had to disarm explosives with just a pair of pliers.

His script incorporates the fear he felt during those harrowing weeks and the psychology of the men he observed who had volunteered for the most dangerous job in the military. The screenplay also realistically depicts what the soldiers called “The Lonely Walk:” The steps were taken toward a roadside bomb. “They were walking toward the device that’s designed to kill you, and at a certain point it’s just you and the device; there’s nobody who can intervene,” Boal recalled. “I think that gets to the heart of the job. It’s a minuscule club of people who have done it and only they can know how it feels. But to a man, they talk about it being this experience of a lifetime and something you just never forget if you’ve done it once. And to do it five or ten times a day is staggering.”

One tech told him about his mindset during The Walk: “You kind of review people close to you, but the closer you get to the bomb, the more it becomes just this almost animal, existential kind of confrontation.”

Shooting the film, Boal’s solo screenwriting debut, in Jordan was safer than Iraq –Amman isn’t a war zone – although there were dangers about. “I remember waking up in the morning and reading on the front page of the Times about how anti-American sentiment was adamant in this particular town,” he said. Apparently, an Al Qaeda bigwig was born there. “And the interview was, the reporter sitting and having coffee with two guys who were just waxing with so much enthusiasm about how they wanted to kill some Americans, and I’m like, reading this and spitting out my coffee, because I had been in that neighborhood a couple of days before, scouting locations. And so I thought, ‘OK, we have to be careful here,’ and we were careful. We tried to be very respectful of the local religion, and we shot during Ramadan, which is their holiest time, and that was complicated for the crew (some them were observant).

“But I found the Jordanians to be extremely professional and welcoming,” Boal added. “I would shoot another movie there in a second.”

At times, the set seemed as chaotic as the film’s setting. “We had cameras everywhere,” actor Jeremy Renner (who is nominated for an Oscar for his portrayal of the cocky but brilliant tech Sgt. William James) said in the movie’s production notes. “We called them Ninja cameras, just hiding all over the place. We never knew where anything was. Barry (Ackroyd, the director of photography) was out there himself running around. It was incredible seeing him run as fast as we did, carrying his camera down these dirty alleys full of syringes and kids throwing rocks and he always had a big smile on his face. That inspired me.”

During some scenes, Renner wore the real, 90-pound Kevlar bodysuit techs don to disarm bombs. “That sweat is real sweat. Those tears are real tears of pain,” he said of his performance. “[The suit is] heavy, it’s hot, it’s hard to move in, but it put me right at the moment. Just the idea of getting into it – I wanted to dry heave whenever they said to suit up.”

“The Hurt Locker” includes cameos by Ralph Fiennes, Guy Pearce, and David Morse, and is directed by Kathryn Bigelow, who will compete for the Oscar against her ex-husband, James Cameron.

Why Do You Keep Creating the Same Reality? 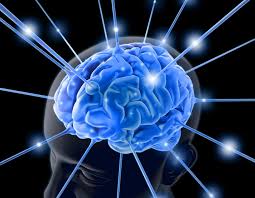 “In this infinite sea of potentials that exist around us, how come we keep creating the same realities?”

“You’ve been conditioned to believe the external world is more real than the internal world.”

-What The Bleep Do We Know!?

What is reality to you?  Who are you?  Are you.. your car, your job title, your gender, your ethnicity, your bank account, your feelings or your past?

I wrote the poem below about 20 years ago after experiencing a change in my consciousness.  No, not drug-induced but caused by my desire to understand the world around me and how it related to my internal world.

Suddenly from nowhere, silence captured my soul.
Transformation in life had taken control.
Left without speech and vision, I became cold.
But overflowing rivers threw my mind did grow.
Reflections became clearer than ever before.
A triumph and glory never to be told.
What was once my woe, is now my flight.
Finally a dawning from a long bitter night.
Sparkles of Hope were in dreams of daylight.
Armed fully for battle I near the fight.
All are in time, balance, and rhythm right.
Four seasons, I shall speak and gain my sight.

You can't help but transform your perspective when you realize you are creating your reality. The next step (the fight) is to keep from falling asleep again believing the illusion that time just passes while life just happens.

Yes to find the answer...you must have a curiosity to seek the truth and a desire to know: Why Do You Keep Creating the Same Reality?

Check out the video - What The Bleep Do We Know!? to learn more on this subject.  Also, check out a book called Beyond The Bleep by Alexandra Bruce to discover more in-depth information.