666 Park Avenue is an American supernatural drama series, which premiered on ABC on September 30, 2012. The series was created and produced by David Wilcox and loosely based on the novel of the same name by Gabriella Pierce. The show stars Rachael Taylor, Dave Annable, Vanessa Williams, and Terry O'Quinn and follows a couple who learns that the Manhattan apartment building that they just moved into, including its upscale tenants, might be possessed by a mysterious demonic force.

The Plot - 666 Park Avenue focuses on Jane Van Veen (Rachael Taylor) and her partner Henry Martin (Dave Annable), the new co-managers of the Drake residential hotel, located at 999 Park Avenue. The Drake owned by mysterious Billionaire Gavin Doran (Terry O'Quinn) and his wife Olivia (Vanessa Williams). The plot follows both Jane and Henry, and the other residents of the Drake who live in the shadow of the dark supernatural forces of the Drake and its owner. 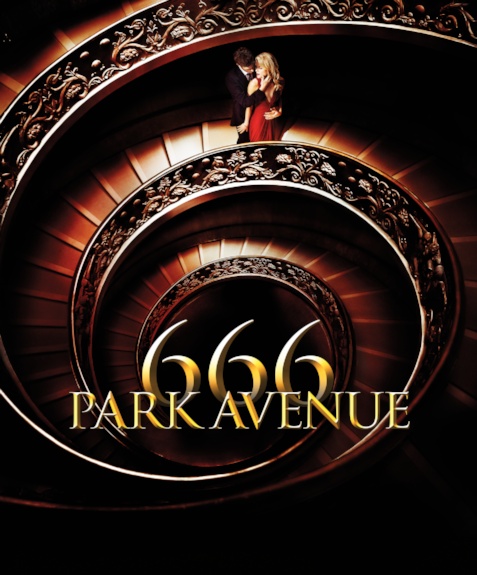 On December 21, 2012, ABC announced that the final four episodes of 666 Park Avenue would air the following summer. The last episodes were the first broadcast in Spain, and have also since aired in New Zealand and the United Kingdom, ahead of their original airing on ABC. The series finale aired in the United Kingdom on 14 May 2013. -Wikipedia

Unlike some series, the unaired episodes will finish in America this summer alongside 'Zero Hour.'  A question that still lingers in our minds is what caused the sudden demise.

Let's delve into the elements that comprise a Supernatural Drama.

The beings are seen in supernatural dramas, or rather just the genre of supernatural itself.   Also, apparitions, spirits, witches, warlocks, superhumans, demons, gods, angels, and miracles (although they are not like miracles of fantasy or divine intervention of God/s) and other similar ideas or depictions of extraordinary phenomena. They may combine with other genres, including comedy, action, science fiction, fantasy, and horror. However, until recently, supernatural works were usually presented in a comical, whimsical, or a romantic fashion, and were not designed to frighten the audience. There are also many hybrids that have combinations of fantasy, action, horror, romance, and comedy.  Examples include Charmed, Hercules, Ghost Whisperer, and Jacob.

Mark Wilson, About.com Guide, November 19, 2012, says, "The reviews were pretty mixed, which is oddly apt: the show itself comes across as an uneven amalgamation of lush ambiance and very mild horror. The main problem seems to be that 666 Park has played it too safe. If only it had had the courage to be a little shocking."

In my opinion, the drama was too shocking to the psyche and evoked an aversion to the Beast (666) hidden in the basement of the Park Avenue hotel. 666 Park Avenue bypassed the favorite fantasy images and touched the core of our being. The spiraling staircase takes us into the dark hidden subconscious which holds many secrets from the past that inevitably control the present. The great grasps of seductive temptations demonstrated in the location Park Avenue and all its trappings. The horror of this subtle evil well-spoken in the lyrics of Hotel California... "you can check out anytime you like, but you can never leave."


Mirrors on the ceiling, The pink champagne on ice And she said 'we are all just prisoners here, of our own device.'  And in the master's chambers, They gathered for the feast They stab it with their steely knives, But they just can't kill the beast.  The last thing I remember, I was Running for the door I had to find the passage back To the place I was before 'Relax,' said the night man, We are programmed to receive. You can check out any time you like, But you can never leave!

Are we all just lost souls possessed by demonic forces?


When we learn the truth hidden in the recesses of our subconscious will we succumb to the dark evil side within us and forever stay trapped in the lower self? Are we all just prisoners here, of our device? I believe the lesson, teaches us it's only a program...a story....and a temptation. The element of horror in this supernatural drama presents us with our personal devil.