"The villain is in control.  A villain is a mask of elegance and style behind which is a worrying and brilliant intelligence.  But, the trick is to make it all look easy.  I think the best bad guys are very charming... And the devil plays all the best tunes. Particularly a British accent."  - Tom Hiddleston 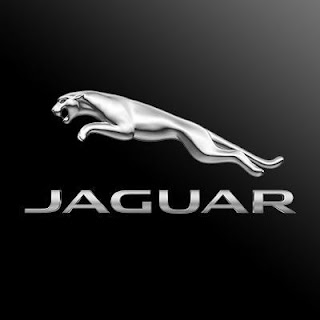 Right from the start, we had to make it really clear what the ad was about. It’s not the norm to be so explicit in a car commercial, more often it’s about the emotional engagement, style, and feeling. Obviously, we wanted that, but we felt there was the need to be overt, too. Partly as it was being played at Super Bowl, and partly because it was a global ad."
Jaguar And British Villains: Part One
Super Bowl commercials are entertaining, and this one shows the details of e-Comics of Super Villains which is how the elite make a mockery of global economics and politics.  The MPP master plan shapes global markets and international economies using power relationships.
Unleash the Super Villains... Unleash the CATS

The Cool Cats
Check out GalleyCat  Former Wall Street insider, financial journalist and author of ALL THE PRESIDENTS’ BANKERS (2014) Nomi Prins’ ARTISANS OF MONEY, unpacking how central banks and institutions like the IMF and the World Bank are overstepping the boundaries of their mandates by using the flow of money to control global markets and dictate economic policy both at the domestic and global level, exposing the dark conspiracies and unsavory connections in global finance and featuring characters like Janet Yellen, Mario Draghi, Ben Bernanke, Christine Lagarde, and Angela Merkel.


The Federal Reserve and European Central Bank have fabricated "artisanal" money to fund elite activities at your expense.  Since the financial crisis, their role as "interventionalists" has altered the very nature of the financial system.  More frightening, it's changed the way the most powerful elites can use the financial system to run the world.  The financial crisis of 2008 has made the major central banks even more powerful than they were before.  And the world's more peripheral central banks like Brazil's have to balance what is right for their country with what's required of them by the U.S. Fed, by the IMF and, by a lesser extent, the European Central Bank... They've removed all pretense of free markets.  Granted, central banks have been manipulating markets for a long time, but we're now at the point that no one can deny it.  - Nomi Prins
March Issue of Strategic Intelligence

It's time for something more surprising... More British... More Jaguar...