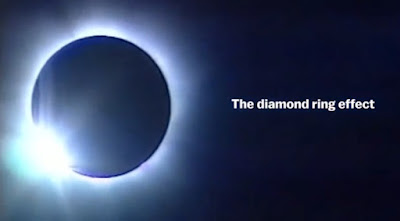 Here's the long awaited ring.  A priceless sky blue diamond ring.  I know it's not what you were expecting. And this proposal is not a simple wager;

It's the most exciting two minutes...

It's a run for the roses…as fast as you can.  Your fate is delivered and your moment's at hand.

It's born in the blood... it's something unknown... that drives and carries you home.

I've been here from the beginning... and the seed has been sown.

I love you and you're not alone.


It's a chance of a lifetime... in a lifetime of chance.

And it's high time you joined in the dance.


Did you know the great American solar eclipse in 2017 starts exactly at sunset in Jerusalem?

What are the chances?  One of the world's greatest romances...
America the Beautiful

"O beautiful for spacious skies, For amber waves of grain, For purple mountain majesties Above the fruited plain!  America! America! God shed His grace on thee, And crown thy good with brotherhood From sea to shining sea."

The eclipse’s path of totality starts in Oregon and runs southeast across the country to South Carolina before the shadow of the moon goes out to sea. 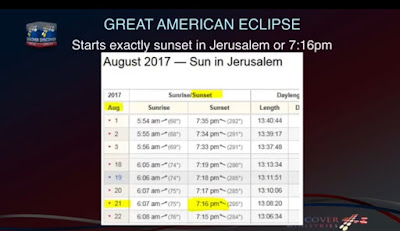 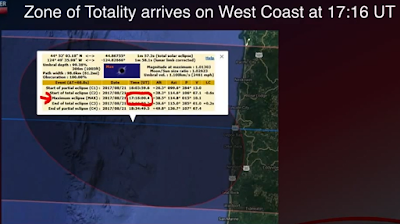 There are more interesting coincidences.

Let's look at the letters and numbers associated with the August 21, 2017, solar eclipse.  The Hebrew letter "Tav" means sign and has a numerical value of 400. 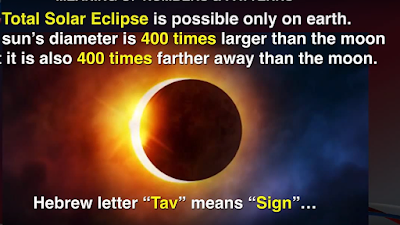 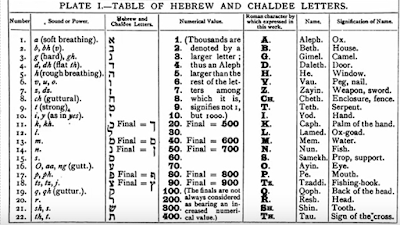 And what's so hot about the numbers?

The sun's temperature of approximately 5778 Kelvin is the same number of the Hebrew new year coming up in September 5778.  Don't forget the Jewish day begins at sunset.

Of course, it's important to know the time and temperature when preparing the oven?  Is there a bun in the oven? 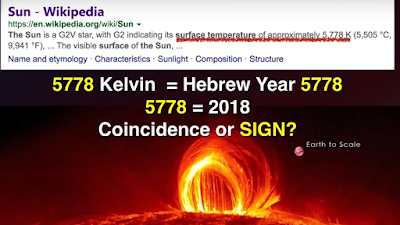 The Hebrew new year Rosh Hashanah starts a few days before another "once in a lifetime" event that occurs on September 23, 2017.


"A great sign appeared in heaven: a woman clothed with the sun, with the moon under her feet and a crown of twelve stars on her head.  She was pregnant and cried out in pain as she was about to give birth."  Revelation 12: 1-2 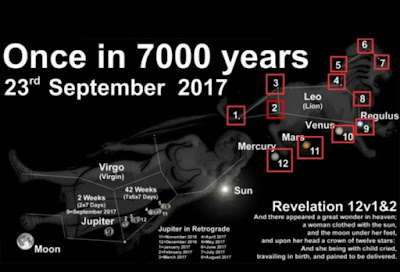 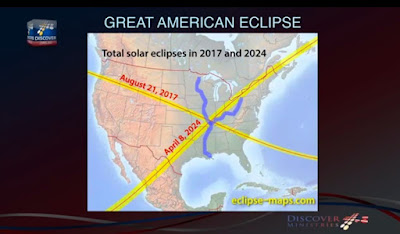 "A wicked and adulterous generation (Pharisees) looks for a sign, but none will be given it except the sign of Jonah.  Jesus then left them and went away." - Matthew 16:4

One of the signs of Jonah was a total solar eclipse which crossed north of Nineveh on 15 June 763 B.C. during the reign of Ashur-Dan III.  This omen led Nineveh to repent. 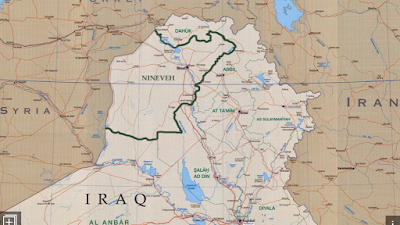 "There could be no more profound religious moment than to have been witness to than the three hours of darkness that fell upon Golgotha and the Middle East at the time of Jesus’ death."

A Greek historian named Phlegon, a first-century historian recorded a solar eclipse at precisely the time of Christ’s death. Phlegon wrote a history entitled The Olympiads, in which he records during the rule of Tiberius Caesar a three-hour eclipse of the sun. Origen mentions Phlegon in his work “Against Celsus’ Book 2: “The darkening of the sun took place at the time of Tiberius Caesar, in whose reign Jesus was crucified, and the great earthquakes which then took place, Phlegon, I believe, has written an account in the thirteenth or fourteenth book of his Chronicles.”
- The solar eclipse and the death of Jesus

There is only one who can bring life to the esoteric knowledge filled with symbols, letters, and numbers. Wisdom is gained from the tree of life.  Wisdom stands at the right hand of God.  Wisdom is the stone the builders rejected.  The video above describes the image of Jesus as an intelligence of the heart.  An intelligence of the heart happens by combining wisdom and understanding, and raising the human heart to a higher level.  The "sign" of the cross exists for the beloved to understand the purpose of sacrifice, hardship, and love.

For example, in a typical relationship, a man may feel like marriage is his crucifixion.  He will love his wife so much that he will go through hardship and constant sacrifice for the relationship. He will "die" for his love.  If a person dies to their ego, then they can access the intelligent heart and transform.  One learns the power of love. 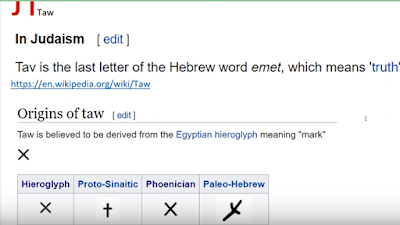 TAW
Behold the hand, the nail, and the truth.  I am the way, the truth, and the life.

My beloved behold the hand of God who writes this amazing love story. 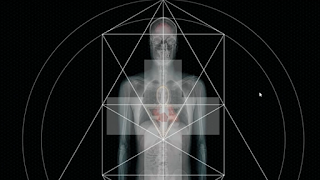 Lift up your heart!

My beloved, I am with you during the most exciting two minutes and forty seconds of this sunset.

It's a run for the roses…as fast as you can.  It's the center of your heart and this land.  Your fate is delivered and your moment's at hand. 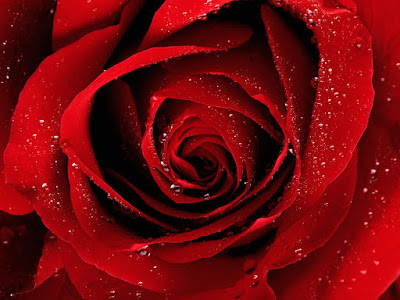 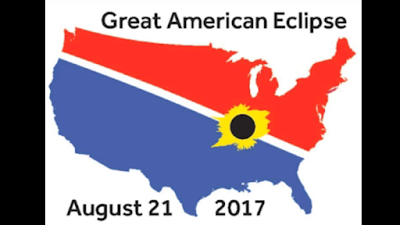 Born in the valley and raised in the trees... of Western Kentucky... on wobbly knees...
I present a priceless sky blue diamond ring to thee...