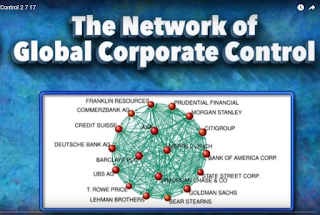 It sounds paradoxical, but today it appears that we understand more about the universe than our society. We have created systems that have outgrown our capacity to genuinely understand and control them as evinced by the ongoing financial crisis. Recent advancements in the study of complex systems are able to offer new insights into the workings of many real-world systems.

While our traditional ways of thinking and problem solving have been strongly shaped by the success of the reductionist approach taken in science, the new science of complexity focuses on interconnection and co-dependence. It is a paradigmatic shift away from analyzing the nature of "things" to uncovering and understanding the network of interdependence lying behind and influencing the "things" themselves.

As a prominent example, the first global economic network analysis is discussed, offering a new perspective on some relevant issues. For instance, how unequal and unstable is our economy in truth? And is this actually the result of a few puppet masters orchestrating the developments behind the scenes? - James B. Glattfelder

Who Controls The World?

James B. Glattfelder grew up in the Swiss mountains, and his interests include the philosophy of science in addition to societal and environmental issues. In 2011 he co-authored the study "The Network of Global Corporate Control" which was widely covered in the international media and sparked controversial discussions. He is co-head of quantitative research at Olsen Ltd in Zurich, an FX investment manager focusing on market-stabilizing algorithms. James holds an M.Sc. in theoretical physics and a Ph.D. in the study of complex systems, both from the Swiss Federal Institute of Technology.

Another name for the Banking Cartel is the Network of Global Corporate Control (NGCC). This NGCC is the name that three mathematicians at the Swiss Federal Institute of Technology in Zurich, Switzerland, gave their paper in 2011 showing the existence of the Banking Cartel. These mathematicians are Stefania Vitali, James B. Glattfelder, and Stefano Battiston. Vitali, Glattfelder, and Battiston.

How unequal and unstable is our economy in truth?


Professor Antal Fekete discusses the "red alert" for a collapse of fiat currency - gold backwardation as measured on spot and futures markets, an end of bullion leasing in July 2013, disappearing gold from the Comex market. A power transition model, with 95% accuracy, predicts that gold in the global collateral account, "cloaked in secrecy" is coming out of hiding for its legal beneficiaries--humanity.

Under the Illusion of Control

What is happening in the NGCC disclosed by Vitali, Glattfelder, and Battiston of ETH Zurich is getting carved up.  The coalition for the rule of law, consisting of the BRICS, the G-77, the US minus the Fed, Germany, and Japan, have put the Fed and the rest of the insolvent 60 central bank members of the Bank for International Settlements into receivership in the Global Debt Facility.  The Global Debt Facility is a trust fund administered by the World Bank and IMF containing the world's monetary gold reserves and other wealth.  What's the chance this comes to pass?  About 95%, based on this power transition model coming from the US Department of Defense:
Power Transition Model