The four pillars of a decentralized society

I disagree with the notion people-based trust systems can't go beyond an individual scale and the idea that we should use cryptocurrency for uncensored works. If you read my blog posts, then you understand it's the hidden actions that give the Network of Global Corporate Control (pyramid shape) a position of command and control over the other 90 percent (pentagon shape) of humanity.  Do an Internet search for state capture or the "deep state" to discover more on this subject.

A picture is worth a thousand words... and if you follow my blog, you know, I'm all about that image. And, I'm going to demonstrate my theory through images in the video below "A Revolution from the Inside."

I believe we are in the process of transforming our world by going higher in consciousness. We are in the course of building a new world using the two images (pentagon & pyramid) or the two concepts Johann discussed. The foundation of centralized command and control structure forms a framework to build upon. The various systems already established can be used by humanity in a way that benefits us all.

For example, many well-educated economists agree that using real assets (like gold and silver) to secure our financial system is a sound practice. This is why I share the good news about the Global Debt Facility and what the Overseer Mandate Trustee offers humanity.  Here's a DCTV teleprompt from February 2, 2016, NGCC Local Currency

What's made the current chaos in our financial system? The confusion comes from having a top-down, command and control, or pyramid scheme set in the base level of functioning or ego (only) consciousness. At a higher level, we could use the tools of technology in a peer-to-peer manner. Thus, humanity would be connecting with real justice, truth, and mercy on a large-scale.

"There can't be any large-scale revolution until there's a personal revolution, on an individual level.  It’s got to happen on the inside first." -Jim Morrison.

Until we reach a critical mass operating at a higher level of consciousness no amount of new technology, new systems, or grand theories will change the world we live in. Have you noticed the recent worldwide flare of (fiery) emotion demanding justice, truth, and mercy? As you will see in "A Revolution from the Inside" this portend portrays a change in consciousness. The poignant question: What will it take to reach the tipping point?

The answer is YOU!
A Revolution from the Inside

Are YOU the 100th monkey that climbs the humanity tree?

YOU can't reach the fruit without going out on a limb! 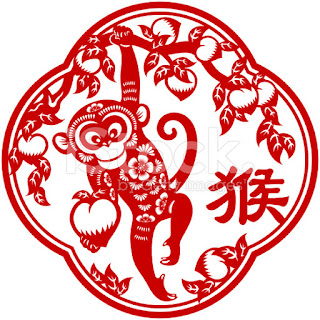 Year of the Fire Monkey by papercut frame art

The World Monarch, Edmund JM Dunne, Head of The Royal Illuminati stated:
May 2016, “People like ‘us’ are Nobility and we think along the lines of Patrimony, Emancipation, Atonement and Benevolence.  People like ‘them’ cannot even spell these words let alone understand them.” and
July 25, 2016, he stated, “A total collapse of the Rule of Domestic and International Law.”

To Mr. Dunne and any of your consorts: you are operating from a lower consciousness and do not understand the meaning of the definitions below. The Rule of Law will be established with the raising of consciousness to a higher level.

Patrimony:  property inherited from one's father or male ancestor, the estate or property belonging by ancient endowment or right to a church or other institution.
Emancipation:  the fact or process of being set free from legal, social, or political restrictions; liberation, the freeing of someone from slavery.
Atonement:  reparation for a wrong or injury, the reconciliation of God and humankind through Jesus Christ.
Benevolence:  desire to do good to others, goodwill, charitableness, an act of kindness

(Caveat - notice, especially in a probate, that certain actions may not be taken without informing the person who gave the notice. Probate -establishing the validity of a will.)