WORD UP! STOP THAT HZ

Why is the mainstream media lying to you?

Whether in the sphere of politics or business, in our social conduct or our ethical thinking, we are dominated by the small number of persons who understand the mental processes and social patterns of the masses.  They pull the wires which control public mind, harness old social forces and contrive new ways to bind and guide the WORLD.    - Edward Bernays

Are you shocked by the recent "Wikileaks?"

Today, Tavistock operates through a vast network of think tanks, NGOs, universities, and media outlets to influence public opinion, while breaking down the moral fabric that has held the West together using scientifically-crafted techniques of manipulation.  Tavistock Institute provides fertile ground for the secret operations now exposed by Wikileaks; massive corruption, bribery, control of intelligence agencies, sex-trafficking, and occult practices such as "spirit cooking."

"Perchance he for whom this bell tolls may be so ill, as that he knows not it tolls for him; and perchance I may think myself so much better than I am, as that they who are about me, and see my state, may have caused it to toll for me, and I know not that.

The Network of Global Corporate Control (NGCC) has used global manipulation to maintain its position.  However, the veil of secrecy has been lifted, and the manipulation is over.  It's only a matter of time before everyone will be screaming "WORD UP!  STOP THAT HZ."


Behind this facade of normalcy is the Network of Global Corporate Control that has bribed and threatened and sometimes murdered the people in secret societies so that they play along with the script. The Network of Global Corporate Control is a huge mega conglomerate that prints paper money with which to pay these bribes and to enslave the rest of us. 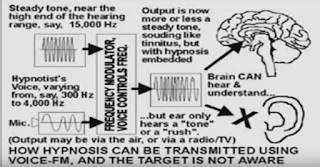