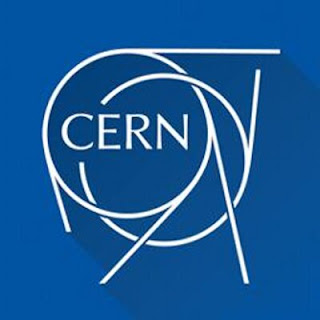 Of Grave, Con Cern is Something We Need to Dis Cern

The Portal Factor
"Hundreds of years ago, Indian artists created visual images of dancing Shivas in a beautiful series of bronzes.  In our time, physicists have used the most advanced technology to portray the patterns of the cosmic dance. The metaphor of the cosmic dance thus unifies ancient mythology, religious art, and modern physics." - Global Watch Weekly

What's the Big Bang about the Portal Factor?

A strange report circulating in the Kremlin back in September 2008, states that over 20 US Soldiers from the United States Army’s 716th Military Police Battalion, 101st Airborne Division, tasked with providing security for the ancient Iraqi city of Babylon, and based in the Iraqi town of Hilla, had committed ‘mass suicide.’  This occurred after their attempt to ‘link’ what was as an ancient ‘stargate’ to the CERN’s Large Hadron Collider which was one of the most controversial science experiments in human history conducted in Switzerland.  The CERN’s Large Hadron Collider (LHC) was reportedly being used as the ‘power source’ for this attempt to ‘contact the gods’ through this stargate.  Reported by Iran’s Press Dr. Michael Salla


An Exopolitical Perspective on the Preemptive War against Iraq -
“An independent archaeologist that discusses a direct link between the ancient ET presence in Sumer (southern Iraq), and current US focus on the regime of Saddam Hussein, is William Henry. Henry's main thesis is that there existed in Sumerian times a technological device which he describes as a 'Stargate,' that the Anunnaki/ Nephilim used to travel back and forth from their homeworld and the Earth, and also how they travel around the galaxy. If there is a Stargate existing in Southern Iraq that will play a role in such a 'prophesied return of the gods', then it is most likely that clandestine government organizations that greatly influence or control the Bush administration, are aware of the existence and the role of this Stargate.  Iraq's President Hussein is most likely also aware of such a Stargate's existence as might be inferred by his architectural projects intent on reviving the grandeur of early Mesopotamian civilizations, and cementing his place as the restorer of Iraq's past glory.”


In 2008 scientists from around the world came together to launch the Large Hadron Collider, a particle accelerator in Switzerland, tasked with recreating the conditions of the Big Bang and answer some of the most fundamental questions of the universe.  In the lead-up to this spectacle, concerns about the project - from scientists and conspiracy theorists alike - intensified leading to lawsuits in American and European courts over last-ditch efforts to halt the project, and a flurry of threatening e-mails and telephone calls from worried members of the public who feared the massive machine could cause earthquakes and tsunamis that would destroy the world. Located deep underground on the Swiss- French border, the Large Hadron Collider is a 27- kilometer- long circular tunnel in which high-energy beams of protons traveling in opposite directions were slammed into each other at energies up to seven times greater than any achieved before.

Is this a coincidence? 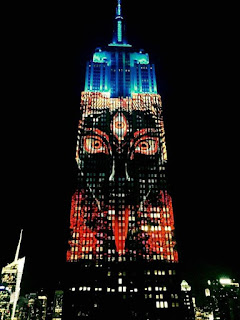 Is there a connection beyond mere metaphor?

Why is this area newsworthy? 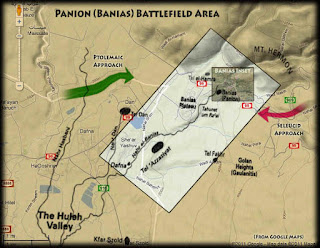 In the Book of Enoch, Mount Hermon is the place where the Watcher class of fallen angels descended to Earth.  The Portal Factor!  The picture below is at the foot of Mt. Hermon. 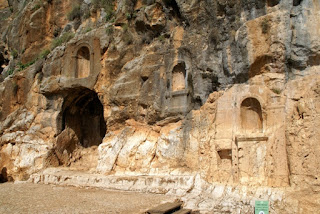 Israel did not maintain control of this area throughout a significant portion of its history - of course, especially following the fall of the northern kingdom. During inter-testament times various pagan and political influences shaped the area, including the Greeks and Egyptians. A major battle at this location in 198 B.C. (the Battle of Panium), following the death of Alexander the Great, saw Antiochus III (called "the Great" as well. Ruled circa 223-187 B.C) defeat the Egyptians (Ptolemaic rule) and take control of the land of Israel for the Seleucids.  Near the grotto of Pan, some niches were carved into the rock cliff. These niches were used to hold idols depicting numerous deities, including Echo, a mountain nymph who was said to be a consort of Pan.

Of grave concern is something we need to discern carefully about CERN, which is the God part.