COMMENTARY ON LAW IN AMERICA 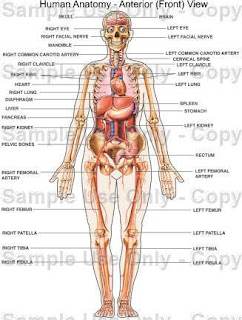 COMMENTARY ON LAW IN AMERICA: A SHORT HISTORY
By Lawrence M. Friedman

This book published thirteen years ago, which covers two hundred and twenty-five years of jurisprudence and how it evolved in American Law is pertinent today as we look at the systems and organizations that rule our world.

Do we need ORGANS AND SYSTEMS TO RULE OVER US?  Or, should I say do we need ass holes "ruling" our world?
Google attorney and ass hole. You'll find many references to both these words.  Please don’t take offense lawyers who do an excellent job in keeping our societal body functioning?  However, you do know what I’m talking about and often call each other out with such language.

For a BODY to function properly, it needs organs and systems to work properly.

You could say America is currently constipated. Constipation is one of those topics we seldom discuss. If you've suffered from this problem, though, you know it can be both painful and frustrating.

Our situation in America is painful and frustrating, and this is why I want to share my thoughts on the Book Law in America.

Why is it the case that the newspapers are full of material about the legal system?  What makes law so central to American society?  Where does all this law come from? Is all of this emphasis on law and legal matters good for the country, or is it a sign of some deep-seated pathology?  What is American law, and how did it get this way?  These questions are the subject of this short book.  - L. M. Friedman

I'll be presenting a few highlights of the book along with some possible insights.  We'll start with Friedman's definition of law.
For now, I want to adopt a simple, but broad and workable definition.  Law is, above all, collective action, action through and by a government.  When I say 'the law,' I mean the legal system.  The legal system includes, first of all, a body of rules - the laws themselves.  Some of these are federal laws, enacted by Congress; some come from state legislatures, some are ordinances of city government.  ...The lawyers are a vital part of the system, just as teachers are essential to the educational system and doctors and nurse are essential to the medical system.  And 'the legal system' is the way all of these people and institutions interact with one another, and with the general public.  There are even broader ways of defining the law.  It can be looked at as a kind of process, which does not have to be connected with a 'government' at all.  Universities, factories, hospitals, big companies - these also often have a kind of 'legal system' quite internal, quite 'private.'  Law can, in other words, be official or unofficial; government or private.  ...All societies, in a sense, have a 'legal system.'  They all have rules and ways to enforce the rules.  The 'law' inside a family is usually not written down, and 'procedures' are pretty informal.  But big society needs formality; it cannot go on without formality - without rules, especially rules of law.  - L. M. Friedman

We have a definition.  So, let's look at the process closer and discover why our societal digestive system is not working as it should.  The obvious question to ask is what are you putting in your "mouth?"  What's going in our societal digestive system that causes symptoms of constipation?  Our youth don't think much about their bowel movements or what they are swallowing because it takes a few years to get backed up a bit.  However, there will come a day when this is all you are concerned with as you discover how much it affects your health.  I'm not talking about the quick fix of pushing a laxative in your rear; I am talking about control of your diet.

"...big companies - these also often have a kind of 'legal system' entirely internal, quite 'private."  I'll use Burger King as an example, but it is not the only CORPORATION with the slogan "Have it your way."

Wow, don't we all want to have it our way!  This juicy bit is really tasty in so many ways.  We'll move to the internal aspects of the typical corporation (not to single out one) and how that particular legal system operates.  Based on my observations of policies and procedures in a typical corporation when the time comes for raises, insurance policy changes or 401 K discussions, there appears to be a major campaign for employees to "have it their way" on some moral issue, dress code, or smokers vs. nonsmokers break times.  By chance does any of this sound familiar on a larger scale? Have you noticed the USA Corp using these same policies and procedures?  Being able to wear your massive, gaudy gold necklace at work doesn't seem as important when you need better health care, a real retirement fund, and extra money to keep up with (hidden) inflation.  This stuff is more like spicy food that makes your ass hole burn like an inferno.

"But big society needs formality; it cannot go on without formality - without rules, especially rules of law."  In simple, face-to-face societies, custom, habits, and tradition do most of the heavy lifting as far as enforcing the norms is concerned.  But in a complex society where the interactions between strangers are pervasive, a society where people buy food and clothes, instead of growing and making these themselves, a society made up of many different groups and many different ways of thinking, customs loses it bite, traditions give up their grip, and society comes to depend on other ways control whatever forces and objects and people the society want to control. This mechanism is what we call the law.  Social control still, of course, depends heavily on customs, habits, and traditions; and the law does not come out of nowhere - it builds on these customs, habits, and traditions; but it adds to them the bite and sting of collective rules and collective enforcement.  ...To begin with, our legal system is a common law system.  The common law is one of many families of legal systems in the world.  Legal systems are a little bit like languages in this regard.  French, Spanish, and Italian are Romance languages: they are independent languages, but they have a lot in common, mostly because they have a common ancestor.  Most of the legal systems of Europe belong to a single great family, often called the civil law family. ...The common law, therefore, became the basis of the legal system in all the English-speaking colonies.  In modern times, some non-Western countries have shopped around for a Western legal system, which would do a better job of catapulting them into the contemporary world than their indigenous systems.  Japan and Turkey are famous examples.  In every case, what was chosen was civil law, continental European law.  Why?  One answer is that these are codified systems.  Their basic rules take the form of codes-rationally arranged mega-statues, which set out the guts of the law, the essential concepts, and doctrines.  In theory, judges have no power to add or subtract from the law, which is entirely contained in the codes.  Their only task is to interpret these rules.  The core of the common law, on the other hand, was essentially created by the judges, as they decided actual cases.  ...There are many other differences, big ones, and little ones, between common law and civil law systems.  There are differences in procedures, in institutions, and in substantive rules.  On the whole, civil law systems lack a jury (the PEOPLE's VOICE), for example. - L. M. Friedman

Now that's a whopper to digest! Commercial Law  It is often considered to be a branch of civil law and deals with issues of both private law and public law.  Law is a product of society; and as society changes, so do its legal system. Today, you may hear people talk about bringing back the rule of law, or we'll be headed for the dark ages soon.

For those individuals tired of swallowing crap and fighting to stop the commercial courts from bleeding us to death with fines and fees, Kudos.  Sovereign citizens often challenge the courts to use the proper jurisdiction and follow the Constitution instead of USA Inc. Corporate policy.


..is that law expresses the distribution of power.  It takes social energy and force to make law, or to enforce the law, or to change the law.  The legal system of any society is a mirror that reflects, necessarily, the structure of power in that society.  ...Also, the legal order also expresses limits on power.  This is most obvious in the constitutional scheme - in the Bill of Rights. L.M. Friedman

If we make the legal system accountable, with our mouth, and bring back the good fibers, the proper jurisdiction in our courts, and stop drinking the (CORPORATION) Kool-aid, the stress of hemorrhoids on our legal system will take care of itself.

Do we need ORGANS AND SYSTEMS TO RULE OVER US?  Or, should I say do we need ass holes "ruling" our world?  It is not a matter of the ass hole ruling our world, but whether we protect our ass from all the symptoms of constipation.