ART AND THE CREATOR 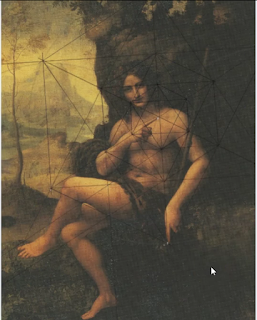 "Physical science is a thing on the outskirts of human life... adventurous... exciting... and yet essentially fanciful."  - G. K. Chesterton

The Subject of Science - A Tool or A Toy?

"The realm of science is limited.  To have a view of the complete universe, you have to have a view larger than the universe.  A comprehensive view of the universe involves the natural and supernatural (Science and Superstition).  The realm of science is the physical natural world; you could say the mechanical world, in the sense that, the world is a machine. Science looks after the machine, studying it, understanding how it works, using it, and taking care of it.  Science is practical, not philosophical.  It either adds up, or it doesn't! We can use science to predict how the physical world will behave, but we can’t use it to predict how we will behave or if we will behave. 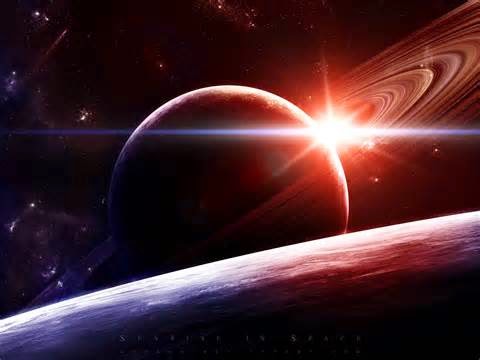 Many assertions made in the name of scientific research without any proof of authority. What is the philosophy of the scientist?  Since our culture has given science authority, we look to it to solve all our troubles.  We've come to expect concrete solutions to spiritual problems.  What we have suffered from in the modern world is not physical knowledge itself but merely a stupid mistake about what physical knowledge is and what it can do.  It is quite as evident that physical knowledge may make a man comfortable as it is that it cannot make a man happy.  It is as certain there are such things as drugs as there are no such things as love potions.  Physical science is a thing on the outskirts of human life adventurous, exciting, and yet essentially fanciful.

You see. It has nothing to do with the center of human life at all.  Telephones, flying ships, radium, the North pole is not in the ultimate sense good, but neither are they bad. Physical science is either always one of two things it is either a tool or a toy.  At its highest and noblest of a cause, it is a toy.  Now a toy is a far greater philosophical grandeur than a tool.  And for the very simple reason that a toy valued for itself and a tool only for something else.  You see.  A tool is a means, but a toy is an end.  You use a hammer to make a doll house, but if you tried to use a doll’s house to make a hammer, you would soon convince you selected a somewhat clumsy instrument.  When we look through a field glass to spy on the enemy, we are using science as a tool.  When we look through a telescope at the tremendous planets and their remote systems, we are using science as a toy.  But, in either case, can science be anything else except for a tool or a toy?  It can never be the man using the tool.  It can never be the child playing with the toy.  It can never, in short, be the thing that has natural authority over the toy or tool for the child is the kingdom of heaven and the man the kingdom of earth.” - G. K. Chesterton

Let's define science and superstition with the understanding that the ultimate authority is God.

Science:  The systematic study of the nature and behavior of the material and physical universe, based on observation, experiment, and measurement, and the formulation of laws to describe these facts in general terms.  Any particular branch of this knowledge: the pure and applied sciences.

Superstition:  A belief or notion, not based on reason or knowledge, in or of the ominous significance of a particular thing, circumstance, occurrence, proceeding, or the like. An irrational fear of what is unknown or mysterious, especially in connection with religion.

“Philosophy is not the concern of those who pass through Divinity and Greats, but of those who pass through birth and death. Nearly all the more awful and abstruse statements can be put into words of one syllable, from ‘A child is born’ to ‘A soul is damned.’  If the ordinary man may not discuss existence, why should he be asked to conduct it?”  “The Philosopher,” George Bernard Shaw (1910)

"Man is the only one of God's creatures who is an artist."  Because we are created in the image of God, we are also creators.  What makes a work of art great? Or, survive through the ages? The thing that survives is that which has a certain combination of normality with distinction.  It has simplicity with a slight touch of strangeness.  It is a tale sufficiently unusual to be worth telling yet immediately intelligible when told.  Art is the signature of man." - G. K. Chesterton


"I resent your being upset by the vulgar rant of common mortals who deny the powers of poetry and art because they are incapable of experiencing them." - Leo Tolstoy


Unified Field Theory: "The root of the kaballahistic tree of life becomes the singularity. The vacuum is truly the thing that connects or unifies all things.  It solves the science problem in quantum physics and is proof science and spirituality (science and superstition) can coalesce."   - Nassim Haramein 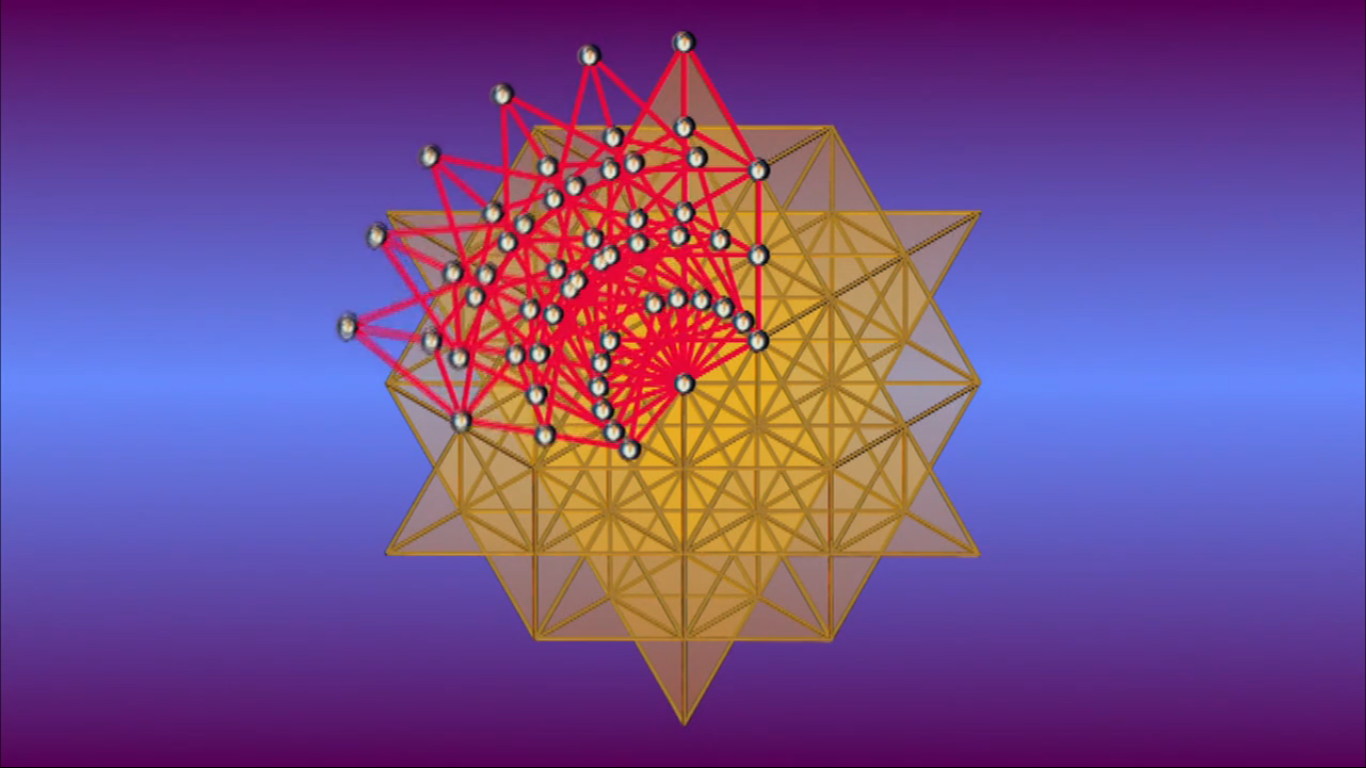 Haramein, who has spent his lifetime researching fields of physics from quantum theory to relativistic equations and cosmology, will lead you along a fascinating discussion geared to a layman's understanding of the fundamental nature of the universe and creation that includes black holes, gravitational forces, dimensions, and the very structure of space itself - all of which are integral parts of his now-complete Unified Field Theory.

My poetic interpretation of existence at age twenty-two is expressed in the poem FALLING LEAVES below. The poem describes the above picture and the tree of life. I did not possess the words at that time to articulate the fundamental nature of our universe as eloquently as Haramein.  However, I felt all the concepts he talks about in his Unified Field Theory.  It is the season for me to speak and gain my sight!

Art has a way of expressing the eternal even when the creator doesn't fully understand the meaning. The only thing I would add currently is to know what direction you are moving in... and move toward freedom:

"he arranged as upon a sphere with 231 gates, and the sphere can be rotated forward and backward for good or evil. From the right comes real pleasures and from evil naught but torments." 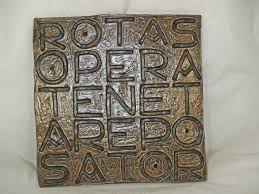 I sat upon the summit to muse.
And of this earth, I do believe.
We are of the towering trees.
We Wait like the many leaves.
We fall Fall one by one to the ground.
Many branches they do come.
From a root that makes them one.
Showing when their time is done.
With different shades of brown.
And in spring when green appears.
New cycles form for the coming year.
As those past and of now are bound.

"If the ordinary man may not discuss existence, why should he be asked to conduct it?"

My true education occurred back in 1985 when I was a metal arc welder and not from my college classes a decade later. College, however, gave me the tools to articulate what I discovered under the welder's helmet; the way the arc of how human life works. Welding is a fabrication or sculptural process that joins materials, usually metals or thermoplastics, by causing coalescence.  I was so fascinated with the process of bonding two metals together that I decided I would become a metal sculptor.  Of course that didn't happen!

Man in the image of God

I challenge everyone to move toward freedom!  TAKE ON ME... and create.  We are all creators!
First step: "To have a view of the complete universe you have to have a view larger than the universe." Are you ready to explore new ideas?