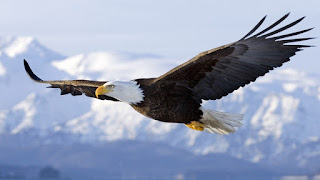 According to the bible, after being released from bondage in Egypt, the Israelites wandered the desert for forty years, until they finally reached the area where they would permanently settle, known as the Promised Land.  The desert or Sinai is the place where old slave habits must die.  A new generation or foundation is formed before one may enter the land flowing with milk and honey.  Releasing old slave habits applies both individually as well as collectively.

The Promised Land is the land which, according to the Tanakh, was promised and subsequently given by God to Abraham and his descendants, and in modern contexts, an image and idea related both to the restored Homeland for the Jewish people and to salvation and liberation are more generally understood. - Wikipedia

“Mark Levin:  How would you define liberty?  Dr. Walter Williams:  I would define it as people being able to engage in peaceable, voluntary exchange without interference by others.  And, typically down through mankind's history, liberty is not the normal state of affairs.  That is throughout mankind’s history he’s been subject to arbitrary abuse and control by others.  The amount of liberty Americans have and perhaps western Europe as well, the amount of it, is relatively rare in humankind.”


Slave habits are hard to die and freedom seekers soon forget, in the cares of the mundane world, the memory of the Promised Land.  They lose sight of the promise of their forefathers and sell their birthright for mineral possessions, vegetable comfort, and animal status.

Humankind has an opportunity right now to enter the Promised Land, the Sweet Land of Liberty.