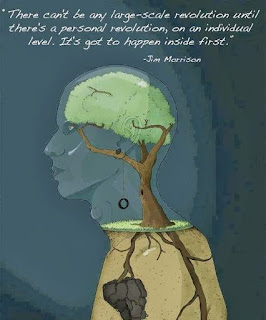 We avoid studying the true nature of the divine, and as a result, the concept of God has dimmed. The personal point of the awareness of God has become so faint that the essence of God is conceived only as a stern power from whom you cannot escape, to whom you must subjugate yourself. If you submit to the service of God on this dry basis, you gradually lose your radiance by constricting your consciousness. The Divine splendor is plucked from your soul.

In the search for the divine nature, a man discovers his own character, and thereby his individual Self. I think this is a genuine meaning of the ancient Greek aphorism “know thyself.”  To know thyself and become an individual allows the consciousness to rise higher. Thus, one has moved beyond just the ego world that only serves the lower self. An individual has the possibility of entering the collective unconscious and the possibility of influencing the collective unconscious. This is how the revolution moves from the person to the large-scale. The diagram of the psyche below should help you to visualize this concept. The mind like the body has an anatomy that may be set out on a tree. 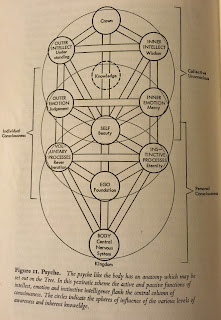 The tree of  life
The psyche and collective unconscious...

How do I know that the soul of people, nations, and humanity itself has risen higher to gain wisdom and understanding thus affecting the collective unconscious?  Because the inner and outer emotions are engaged around the world which now demands understanding and wisdom. We are beyond the lower self and moving into unknown territory.  A promised land far away.
Note on the anatomy of the psyche that the circles indicate the spheres of influence of the various levels of awareness and inherent knowledge. The key being awareness and inherent knowledge of what is real and what is an illusion. Both of these perceptions exist at once within the realm of our consciousness. What’s exciting is that the number of individuals moving away from the illusion to the truth has changed the collective unconscious. The propaganda tool (information age) of the lower self… built by an ego-based consciousness (millions of years in practice) is finally fueling a large-scale revolution like the picture of the tree by artist Jim Morrison. The scientist would argue it is the cycles coming full circle.  An economist would argue that the bubble was bound to burst. The grand architect would say it's time for those children building pyramids in the sand to grasp my hand... and reach for the promised land. 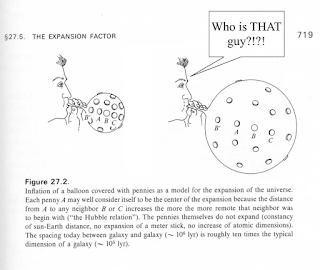 Image by Nassim Haramein
This sphere in natural man is called individual unconscious and relates to all those experiences that have passed through the ego of Yesod and into the psyche to attach themselves to the sefirot, paths, and triads surrounding the Self. Deeper still, and focused on the Daat of Yezirah, is a radius of the unconscious that is connected with all men that have lived, are living, and will live. The scale of this radius of consciousness is cosmic, and for the vast majority of humanity totally hidden within the deep of the collective unconscious.  This level is the bridge between man and the divine. All orbits of influence interleaved so that a natural man is by no means cut off from the source of his being. The spiritual difficulty is that he is unconscious of the influxes descending through his nature.

In an attempt to keep sovereignty in this lower region the lower ego (NGCC personifies this aspect) based world has bombarded us with temptations and lies throughout history. It’s this time in history, nearing the end of an age, or end of a cycle some would say, that humanity is ready to embrace the higher Self. Our experiences either by Faith or by Reason still lead us to the same conclusion. United you stand and divided you fall. Only having the tree of knowledge keeps the consciousness in the lower level and that is the death, sin, and suffering we see all around us. 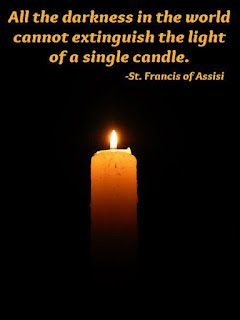 “Heavenly King, Spirit of truth, you are everywhere present and fill all things. Treasury of all that is good, Master of Life, come dwell within us, cleanse us from all stain, and save our souls oh good one."  "The core of today’s reading are concentrated on the temptation in the desert. The temptation is what? To alleviate anything that is difficult in such a way that I become the master."  Fr. Francis Martin

The Grand Inquisitor is a perfect example of the temptation.  "The Grand Inquisitor" is a parable in Fyodor Dostoyevsky's novel The Brothers Karamazov (1879–1880). It is told by Ivan, who questions the possibility of a personal and benevolent God, to his brother Alyosha, a novice monk. The Grand Inquisitor is an important part of the novel and one of the best-known passages in modern literature because of its ideas about human nature and freedom and its fundamental ambiguity. Communism had not yet begun. But, this Mystic and Artist felt the tremors of what was going to happen: we are going to set this world right on our own power. It’s not sin, its incompetence. This is the mindset of the elite or the identified Network of Global Corporate Control. Sin doesn’t exist, do what you want and we’ll control the outcome. The illusion…  And so, we’re going to take from the rich and give to the poor. This temptation is always with us. Satan: Command these stones to be turned into bread and the whole world will follow you.  Isn’t that what you want? Jesus: No, I want the truth! Satan: Then he takes him up to the temple, jumps off, people are so astounded by wonder, you can tell them whatever you want and they’ll believe you. This subtle temptation is the temptation we have today. This is the temptation of so much misguided social action. Social action, yes, we need much more than we have, but not this kind. NGCC: I’m saving mankind from its own, I know the score, and they don’t have to know it. I’ll just keep them happy and in rebellion against God. That’s the last temptation, and Jesus, confronts it like we should with: Out of my way Satan.”
REASON
One can prove by sheer reason alone that justice or virtue is necessary for human beings.  Justice by Reason by Richard Geraghty (Moral philosophy 101)

The standard procedure is a virtue is religious talk and reason is finances, administration, or building something.  There’s a huge split, but it wasn’t always that way.  The ancient Greeks for example, use reason for science but they also talk about justice by reason. The church came along and added justice by faith as well. Then, later on, the reformation knocked out philosophy and just went on virtue or justice by faith.

The Republic by Plato
The argument starts this way; Plato has Socrates as the champion for virtue pursuit for its own sake. Sophist says that virtue or justice is merely a useful good.  The reason it is a useful good is that let’s say you’re a crook and everybody knows it…  Well, your cover is blown…because everybody knows it.  But, on the other hand, if you are virtuous by the cover you can steal or rob whenever you get an opportunity. So the ideal combination is to look at virtue as a useful good. You use it as a cover and when you get a chance to steal you go for it. 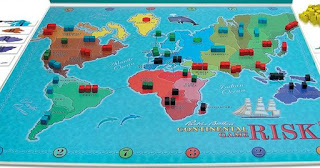 Socrates is to defend the notion you shouldn’t steal or cheat your neighbor.  The game Risk is a good example.  The nature of the game is that you make alliances with each other to knock off some other party.  Who’s going to be the winner of the game?  He’s going to be clever because he has to lie to someone to knock off someone else. At the end of the game, he is the Master of the world and his virtue is a useful good.

Socrates is going to uphold telling the truth, being nice to people, and probably be killed by the people he’s attempting to be nice too.  That’s what happened to Socrates.  You wonder now whose going to win the argument?  Two conditions Plato puts on the argument: Socrates can only use reason.  He can’t use religious justification.  If you are evil in this life you are going to go to hell in the next.  By the way, the Greeks did have a notion of hell.  The snakes have a lot of good lies in the beginning; I mean it looks rather difficult.  Well eventually as you might expect Socrates wins the argument.  But why you ask?

How can Plato work it out that Socrates is going to convince us by reason that we should choose to be just to people even though they might kill us in the end? How by reason can you persuade anybody with that outrageous proposition?  I’ll tell you why Plato had a great sense of the heroic and we now in America have that sense. Take what happened in 9/11 when 400 policemen and firemen went into the building and it collapsed. 300 to 350 didn’t come out and that touched the heart of America. Today, we struggle with black lives matter and blue lives matter movements. These ordinary men are willing to lay down their lives to save people. They have a wife and children, but they are willing to sacrifice that. That is what you call the heroic or admirable. That is what touches people. It is an absolute standard that captures a way a (man or woman) fireman, policeman, soldier or activist fighting for a worthy cause wants to live. It commands respect and it doesn’t matter which culture you talk about.
The relativist point of view may say, well it’s stupid. However, you can’t play that game in the face of that kind of courage. There is something about virtue that breaks through in real life as just, and, it renders relativism as a cowardly sort of thing. What a community needs and what an individual need is a sense of what a man or woman can measure up to. Then you can be proud of a country like that, people with that kind of dedication, and it is a universal thing for all men. Religion doesn’t come directly into it as far as arguments are concerned. By faith or reason, uniting in a common good should be our goal. There can't be a large scale revolution until there's a personal revolution, on an individual level. It's got to happen on the inside first and there is the place where we meet to set the world right on our own power; the collective unconscious.